Jason Connell is the president and founder of Connell Creations, a Los Angeles based film and television production company since 2004. The company was formed in Connell’s hometown of Tulsa, Oklahoma in 1999 where the focus was on creating short films, commercials and corporate videos. The relocation was an opportunity to tell bigger stories to wider audiences and it didn’t take long to manifest.

In 2007 Connell produced and directed his first feature length film, Strictly Background, a heart-warming documentary about professional background actors trying to make it in Hollywood. The film won numerous US & International Awards and was released in 2008. The Rock-afire Explosion, a touching fan favorite documentary about a small-town disc jockey, a struggling inventor, and an animatronic rock band, was released in 2009. In 2011, Connell produced I Do, I Don’t, an insightful look into how one young Christian couple’s struggling marriage clashes with their traditional Christian beliefs and Gabi on the Roof in July, an independent feature which won multiple awards on the festival circuit. In 2012 three film festival favorites were released which included, Holy Rollers: The True Story of Card Counting Christians, an inside look at a team of professional blackjack players made up entirely of churchgoing Christians, and Cleanflix, which examines the controversial companies who sanitize Hollywood films for Mormon audiences. GLOW: The Story of the Gorgeous Ladies of Wrestling, takes a behind the scenes look at the rise and fall of the first all-female wrestling show.

Connell is also the founder and director of the United Film Festival, which started in Tulsa in 2002 and then spread to Los Angeles & New York in 2007 and next to San Francisco, Chicago & London in 2009. The festivals have a rich tradition of screening exceptional independent films and have gained a respectable reputation in only a few years time. Connell’s distribution division, the appropriately named United Films, has grown rapidly and now represents an impressive and constantly expanding library of independent films. 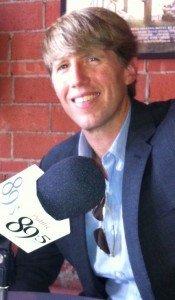