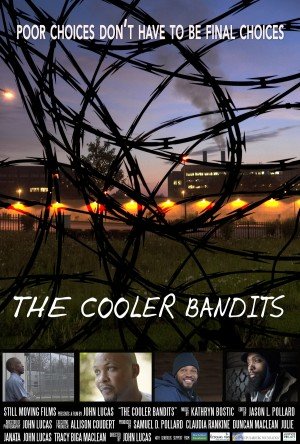 Synopsis
Over 2 decades ago, a group of teenagers made the poor choice to engage in a series of robberies, not understanding that the serious consequences of their actions would alter the rest of their lives. Although no one was physically injured they received stiff prison sentences of up to 500 years. From 2006-2013, The Cooler Bandits has followed the journey of four friends in four stages of incarceration, struggling to confront their future after two decades of incarceration. The film humanizes the staggering statistic of African- American men branded felon for life.

Playing With
Eye of the Storm