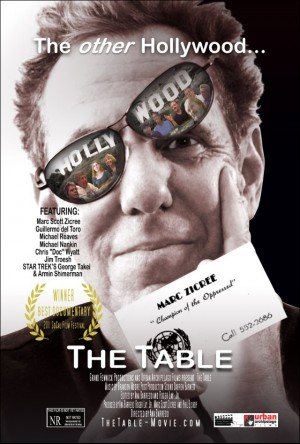 Every Thursday night, Marc Zicree proves the power of old school social networking. He is the pivot point where a group of aspiring and accomplished show business professionals meet weekly at a local restaurant sharing their current projects, needs, and resources.

“The Table” which screens at the United Film Festival – Los Angeles on April 30th and United Film Festival – New York on May 16th highlights Zicree, his 20 year journey with The Table, and the unique characters whose careers have benefited greatly because of The Table. Zicree is examined as the central character who has helped facilitate people’s dreams and is using this year to focus on one of his own.

As The Table continues to build the careers of others, will Zicree find the personal success he is looking for?