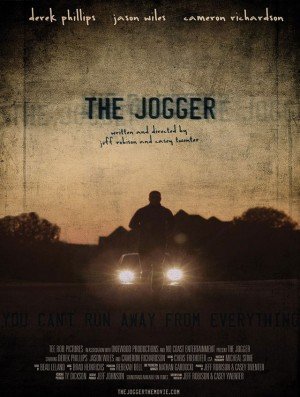 Synopsis
PAUL would be brilliantly unremarkable if not for his lean runner’s body, which he admires, naked, in the mirror, before methodically adorning his usual attire for an evening jog. He passes pictures of his beautiful wife, CAROL, and his precious daughters as he heads out of his quiet house. Ignoring the seemingly harmless advances of his nosy neighbor MARY, Paul exits his upper-middle class addition set in a sprawling, yet predominantly undeveloped, suburb. As he enjoys the solitude of his jog, a car slowly passes on a two-lane road. Paul takes notice, but shrugs it off until it appears again. This time, it passes, only to slam on its brakes and head backwards, straight at Paul. With only dense forest for protection, he instinctively leaps into the woods. The driver of the vehicle, STALKER, an obscured figure who we won’t have the pleasure of immediately identifying, exits and informs Paul of his intentions to not only kill him, but those that are closest to him as well. A perilous foot chase ensues.