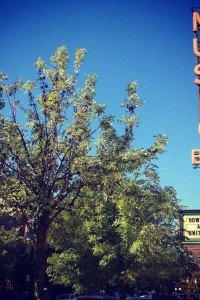 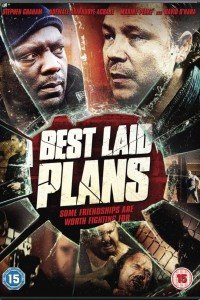 The Chicago Feature Lineup is full of fantastic films this year, and we can’t wait for you to see them. The narrative films screening include a couple new films to the festival as well. Best Laid Plans is loosely based on John Steinbeck’s Of Mice and Men, starring Adewale Akinnuoye-Agbaje and Stephen Graham. The film tests friendships as the two must stick together to make it through harsh times. Body Complete is the amazing story of a reporter who travels to Bosnia following the ethnic cleansing of Muslim civilians.

Check out the Chicago Schedule to watch trailers for the films and buy your tickets!

All the submission deadlines for 2012 are now closed and we have already begun planning for the next three festival locations. The upcoming festivals will take place in San Francisco, Chicago, and Tulsa and we are thrilled to see what these cities will bring. San Francisco is the next festival, which will take place August 31st-September 6th at the historic Roxie Theater. Our Founder Jason Connell along with Operations Manager Jordan Menashe and a team of amazing programmers have already begun to program films into the schedule. For each festival, programming becomes an intricate puzzle of films that they must piece together to create a stunning lineup.

After San Francisco, the United Film Festival will be coming to Chicago and Tulsa. These will be the final festival cities of 2012. Don’t worry, we are already looking ahead to next year! Submissions for Los Angeles, New York, and London are now open for 2013. That’s the wonderful thing about the United Film Festival, we are constantly working to allow our favorite films to screen six times a year in six different cities. This gives submitters across the country access to a network of independent filmmakers and festival goers.

Don’t miss your opportunity to be a part of our festival. Submit today and make sure to check out the lineup for the United Film Festival – San Francisco in the coming weeks!

We are so excited to announce our finalists in both short and feature categories. Thank you so much to everyone who submitted and congratulations to the finalists!

Winners will be announced on the Awards Night of our United Film Festival – Los Angeles at the Los Feliz 3 Cinemas on May 3, 2012.

Feature Comedy
Mr. Axeman by Nathan Bloch
An off-beat comedy about a desperate-to-be-cool high school senior coping with his best friend’s new-found popularity. He realizes through several social blunders who his real friends are — a 15-year-old theater geek and his sex-crazed older sister.

Playing for Home by Kathy Pyatt
The President of the United States solves a military coup for independence in Puerto Rico with a winner-take-all baseball series which challenges Hispanic loyalty in this country.

Feature Drama
Bare Knuckle Days by Neil Chase
After saving the life of an aging mob boss, a bullied boy forms an unlikely friendship with the reluctant enforcer ordered to protect him.

Darlings by Mark Busch
A young woman with a dark secret finds herself involved with a small-time criminal only to see the situation spiral out of control into peril and crime.

Engelbert & Rabinskini by Nathaniel Stutz
A coming of age tale of a troubled 16-year-old graffiti artist, still struggling to forgive himself for his role in his father’s tragic death, and his unlikely friendship with a lonely, older gay man fighting full blown AIDS.

Feature Horror/Thriller
The Feeding Cycle by RC Speck and Daniel Maidman
Is the latest zombie menace caused by a long-dormant microbe that returned Christ from the dead? Or is it truly an act of the Devil?

Finishing School by Jennifer Cote
A young woman battles a daunting legacy that all girls in her family commit suicide on their 18th birthdays. As she unravels dark, supernatural secrets and fights to save her life, the concept of getting out of high school alive takes on a new meaning.

H. G. Wells and Vampires by Ward Parry
Before becomming a celebrated author, a young HG Wells travels through time to save mankind from vampires intent on world dominion.

Short Comedy
Close Call by Shane McCabe
A week before his wedding, Mike confesses to his two friends that his future sister-in-law tried to seduce him. Mikes friends are anxious to hear the full story but are shocked at how things played out.

Playing Through by John Harris
Two long-time golfing buddies are pushed to play faster by the group behind them. The conflict escalates into a battle never seen before on a golf course.

Sacrifice The Virgin by John Harris
A clan’s ceremony to sacrifice a virgin is threatened due to a lack of virgins.

Short Drama
The Dan Dedman Song Factory by Jeremy Burgess
When Wallace gets an unexpected phone call from one of his favorite musicians, he thinks it’s the coolest birthday present he’s ever received. But by the end of their conversation, he realizes that it might’ve been more like a wake up call.

I Love You…Me Neither by Sarah Monroe
An overweight woman must gather her courage to meet the man she’s in love with but has never seen. The promise of romance tempts her, but will she let weight prevent her from fulfilling it?

This Modern Man is Beat by David Schroeder
In a world of cultural confusion, Habib bin Habib al Fulan faces discrimination while trying to pawn his guitar and reconcile with his young wife.

Short Horror/Thriller
The Invitation by April Wolak
A woman attempting to reignite her marriage through experimental methods, encounters a dire outcome.

Revolver by Adam Hirsch
Stranded at a motel, an identity thief is forced to confront his demons after he accidentally steals the identity of a killer.

The Trouble With Eddie by Amanda Brewer
Eddie is a bit of a loner that hates his life. When he finally reaches his breaking point, he dedicates his time to becoming a killer. The only problem is, Eddie just can’t hack it. After many failed attempts, Eddie meets a girl that educates him on murder.