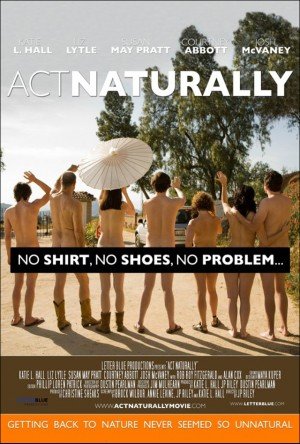 Today the United Film Festival is spotlighting ‘Act Naturally,’ which will be screening at the upcoming United Film Festival in both Los Angeles and New York this Spring. We love this film because it is offers a heartfelt peek into a world rarely discovered by filmmakers today, a nudist colony. The story follows the lives of two sisters who must immerse themselves in nudist culture after their father leaves them a colony as an inheritance. Young Naturists America called the film a “funny and compelling journey,” citing it as a “celebration of textile freedom.” It’s no wonder this film sold out the United Film Festival – Chicago last September. It is a quirky and genuine tale that anyone can appreciate, clothed or not.

Check out the ‘Act Naturally’ website to support them!