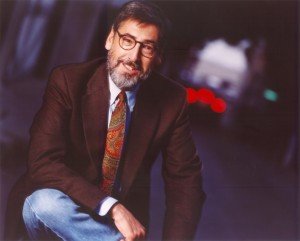 John Landis to be honored at the United Film Festival on May 2nd!

Beginning his career as a mailroom attendant for 20th Century Fox, he eventually made his way to Yugoslavia to work as a PA for Kelly’s Heroes. Once production ended, Landis decided to remain in Europe finding employment as an actor, an extra and even a stuntman in numerous Spanish/Italian westerns. Upon returning to the USA, he started production on his debut feature, Schlock, which he also starred in as well. He then directed The Kentucky Fried Movie before rising to international stardom as director of the famous, Animal House. His resume also includes blockbusters such as The Blue Brothers, An American Werewolf in London, Three Amigos!, and Coming to America. Even though he is a renowned movie director, he also directed what was awarded the Greatest Video in the History of the World, Michael Jackson’s Thriller. The video forever changed MTV and the concept of music videos. Landis has also directed various documentaries such as Slasher for IFC, and Mr Warmth for HBO. Mr Warmth went on to win an Emmy in 2008!

Please join us in celebrating John Landis’ legendary career on Thursday, May 2nd at 7:30pm with a handprint ceremony and award presentation in front of the historic Vista Theater. Then prior to the screening of Animal House, Landis will join the audience in a discussion about the film and his illustrious career.

Buy your tickets to participate in this event and see the classic film, Animal House, on the big screen here!

We hope to see you there!