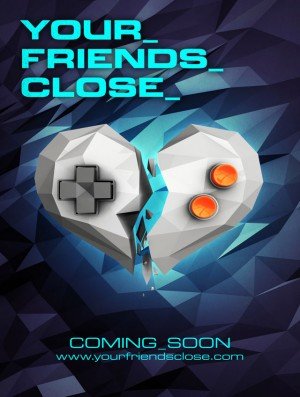 We are very excited to be coming back to Los Angeles to hold the 2013 United Film Festival, April 26- May 2. We have screened several hundreds of different films from different genres and we picked ones that we know you, the Festival Goer, would be delighted by. We are showing a total of 52 films, and we are very excited for you to see them all! View the complete schedule here!

We are honored to be showcasing “Your Friends Close.” An ensemble sci-fi-drama that takes place over the course of one evening at a party thrown by a husband-and-wife video game design team. When a betrayal thrusts the party goers into a competition that puts everyone’s careers on the line, each person must choose who they are willing to lose in order to win. Directed by Jocelyn Kelvin. This will be premiering at the United Film Festival Los Angeles on April 27 at 9:30pm.

Purchase your tickets for “Your Friends Close” here!

We hope to see you at the United Film Festival starting this Friday, April 26!